Some additional information and rules which can help decode katas. 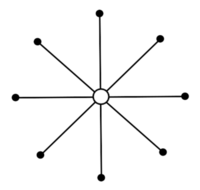 The embusen of a kata is the shape the movements make on the floor of the dojo. Each kata has a different embusen though groupings of katas like the Pinan katas sometimes have a similar shape. The embusen has no bearing on the techniques in the kata, the katas are constructed such that natural turns or changes of direction caused by the techniques within are used to manage the shape of the kata. For this reason, katas rarely end exactly on the starting point.(Reference needed)

The embusen rule is that a kata should start and end at about the same point on the floor. This is purely for practicality of practice within a small space. If the katas start and end at different points then as you practice them you will "travel" across the practice hall floor and this will cause problems where there are classes of students in ranks.

Katas when showing or executing a technique will complete it with full strength. If for example you have an a shoulder lock which would most commonly be used as a restraint, the movements shown in a kata to represent the lock are likely show the completed movement which would take the lock far past the point where it would be used as a restraint through to the point where the joint would be severely damaged. Other examples might be where a leg was being lifted, the kata will show it being lifted high with full strength. The opening sequences of Pinan Shodan and Pinan Sandan are examples of this, other examples include the manji-uke sequence in Pinan Godan.(Reference needed)

Often you'll find that the creator of the kata has used the end of one sequence as the starting point of the following one. For example when a sequence ends with a rotation like an unbalancing manoeuvre, this can flow into a "block" which makes up the starting point of the next sequence. Another example may be where the previous sequence ends with one arm forward, the application of the following sequence may require that arm to be forward to function.(Reference needed)

One of the problems with the way that karate is taught today, is "intent". Movements are taken from kata and given specific purposes and intent. This movement is a block, that movement is a punch. Then these intent's are applied back to the katas. Unfortunately when you investigate the movements within the katas themselves you find that these intents have no bearing on the the actual application for the sequence within the kata. They can also be used in entirely different ways at different points within the same kata.

It's very important then when investigating and analysing katas that you throw away pre-taught beliefs about what a movement or body shape means. The movements in kata are called "kamae" - postures. They describe the shape of the body, not the intent of the movement.

There is also no intent retained for a given body shape between different sequences in a kata, meaning you have to approach each kata sequence with a fresh mind.

What looks like a closed fisted punch in a kata does not necessarily mean the movement actually is a punch. It may represent reaching out and gripping something instead. The movement itself and final shape of the body and specifically, of the hand, would look much the same. It could however still very well be a "tsuki" - a thrust or lunge to grab or a thrust of an opponent's arm up their back. Not all tsuki are grabs, some may be punches, some may be grip releases etc etc.

Historically, all kicks in karate kata would have been low, at the absolute highest around waist height, and in general far more likely to be aimed at the knees to manipulate the body position, rather than anything higher. Certainly there were no head height kicks, these were introduced as sporting or health modifications to the kata.

There are no "blocks" in karate. Blocks don't work and the movements are almost certainly something else.

A punch takes around 1/6 of one second to execute. The human nervous system takes around 1/4 of a second simply to see the danger and begin a subconscious flinch response. Blocks as conventionally taught as kihon therefore cannot function because they are simply too slow, taking typically around 1/2 to 3/4 of a second to complete the full movement. This is especially true as most punches are not single affairs and more commonly arrive as flurries of several sequential punches.(Reference needed)

If we make the assumption that the methods recorded in katas were recorded there in the first place because they do work then it seems unlikely they were "blocks" used as defences against punches and instead have an entirely different purpose.